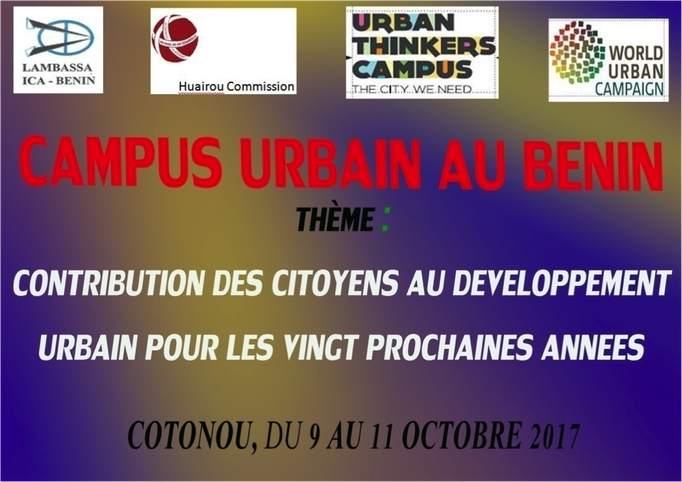 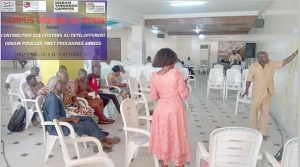 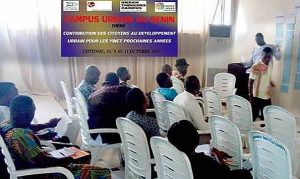 From 9 to 11 October 2017, ICA Benin has organized a big event called Urban Thinkers Campaign (UTC) with the support of the Ministry in charge of Environment and Urbanism Affairs in Benin. The title of this event is "Citizens contribution on urban development for next twenty years".

The Urban Thinkers Campus model is an initiative of UN-Habitat conceived as an open space for critical exchange between urban researchers, professionals, and decision-maker who believe that urbanization is an opportunity and can lead to positive urban transformations. It is also intended as a platform to build consensus between partners engaged in addressing urbanization challenges and proposing solutions to urban futures.

The first Urban Thinkers Campus was organized in October 2014 on the theme The City We Need, and brought together urban thinkers and established UN-HAbitat partner organizations and constituencies to reflect on current urban challenges and trends and to propose a new paradigm. Building on the previous deliberations of the World Urban Campaign, this Campus was meant to gather new thinking and strengthen the first campaign position entitled The Future We Want - The City We Need that was prepared from September to December 2013 and launched in March 2014 in New York prior to the Seventh Session of the World Urban Forum (April 2014, Medellin). The First Urban Thinkers Campus was acknowledged by participants as a model to pursue for further debates in order to bring partners around the table to negotiate principles, politics, and action planning on key issues that need ot be addressed at the Habitat III Conference and built up in the New Urban Agenda.

This year, fifty similar events were organized in the world. The Campus was held from 9 to 11 October 2017 at Mathieu Kerekou stadium in Cotonou, including a wide range of participants and different stakeholders. The work in the Campus was broken down into three panels:

Panel 1: Governance and Planning. The panel was aimed to find a mechanism for the population involvement in the urban planning.

Panel 2: Livelihoods. The planel searched to organize initiatives to encourage young people and women to take an interest in handicrafts and relative job providers.

Panel 3: Environment and Health. This panel focused in supporting project for women's associations involve in activities related to the environment in urban areas.

The report of this event has been sent to World Urban Campaign secretariat (UN HABITAT) to be included in the global report for the next World Urban Forum 9 scheduled on February 2018 in Kuala Lumpur (Malaysia).